Well, Monday I had a training at a pretty grand hotel. I have this weird habit of getting all captivated by architecture and decors in new places. More so when I have only my eyes to register the things around and commit them to memory. From the time I got into the hotel, I was all eyes for the design of the gate, the exotic plants, the decor of the reception area, the chandeliers, for nearly everything. As I was moving towards the basement which was the venue for the training, I was a bit surprised to read a board which said "Please watch your step" After reading that I got extra cautious and stepped with increasing wariness. But then I think the very next Milli second, I fell down. On the steps. Wham! Twisted my ankle, broke the slipper I was wearing, hit my back against the step and on the whole felt Terribly Miserably EMBARRASSED with half of the hotel staff rushing in to rescue me. DAMN! would they give me just enough privacy to pick the crumbles of my pride??? Hmpf! I walked stoically like a classic Sagi towards the end of the staircase. There a couple of genuinely concerned hotel staff asked me if I was fine. I said ya with a smile :) and then asked the way to the ladies room. In the ladies room was sent another hotel employee - a lady to be precise- to ensure my well being. Now that slipper looked somewhat like this. And I was nearly in love with it :(

The part where the straps meet had kind of come off. So I asked her for a safety pin with which I could just be mobile for the day. She got it in sometime and I hoped that none of my office employees were witness to the earth shattering event of a hippo rolling on the stairway. I walked off to the training room with a stiff upper lip a raised chin and all other signs of pride I could think of. But boy! wasnt I embarrassed.

And todayyyyyyyyyyyyy........ today of alllllll days...... today being a FRIDAY!! Today being my last day at office before I go for a vacationnnnnnnnnnn!!!
My supervisor picked up today to ask me to do some real lousyyyyy work. And I gave my logically tested and proven arguments against the extra effort. But no! The boss is always right, so I was like what the heck, I might as well go ahead and finish it off.

But I am a person who does nt take a illogical defeat lightly - I mean - if I had the logic, the arguments were in place and what I was saying what was technically correct and with the best knowledge under the given circumstances - I just don t understand why people wont accept it!! So during lunch I went on and on and on about the illogicality, the lack of understanding, the utter studpidity and the utter wastage of effort that was being demanded by my manager. All the while I was talking in hushed tones but after my diatribe I looked sideways. ON THE VERY SAME TABLE, OPPOSITE TO ME, BUT 2 CHAIRS AWAY WAS SEATED NONE OTHER BUT - BUT - THE one. 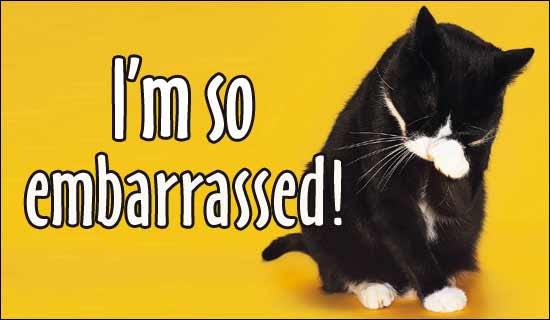 Boyyyyyyyyyy!!!!!!!!! I wished I could hide under the table. Go somewhere. Go any where. And I gulped the rest of the lunch somehow :( And made it to the exit.
The lady I go for lunch with said - hey dont worry, I dont think he would have heard us. I was like thanks for the encouragement buddy, but even I am gonna pray that he has real bad sense of hearing :S :(

So I completed the tedious task he had given me with all the more alacrity lest he find faults :S I hope its all green after today :S

Email ThisBlogThis!Share to TwitterShare to FacebookShare to Pinterest
Labels: Embarassed

September is such a nice time of the year. The autumn air some how brings in many facets of me - one moment I might be full of anticipation, the other I would done a totally pessimistic attitude to the way of things, and yet in another I would be full of profundities.

And it being the 9th month of the year, its somehow a perfect time - to look back. To look back at the beginning of the year,how was a new year kick started, how sunny the summer was, how well the glooms in the monsoons were coped. And it is also the time to look forward - to a jam packed festive season, to weddings and get togethers and most important to a glorious wintery year end to compensate for any rough time that went by in the year.

Some how September especially September end, the mild chill in the air et al, makes me stand and take stock. With the Dusshera time coming up, I savor the wait for those nine days. Psychologically I feel as if all the elements of nature are gearing up for the festivities. The roads seems extra bright to me, people seem happier and I am flooded with nostalgia of my home town and state. I literally teleport myself to my home town and get gooseflesh. Whoa!! nothing like this time.

With 3 more months remaining for the year to be over, this time gives me a feeling, ok just three more months, this is the time to sprint. You got to cover up on all the lost time, all the lost connections with people, all the un fulfilled desires of shopping, all the planning for next year and the year after that - now. You just got 3 months!!

I will be home with my parents for a good 10 days after a long time and I think the skip in my gait is un missable. I am not sure why I penned down this post - maybe to keep still for some time atleast :) 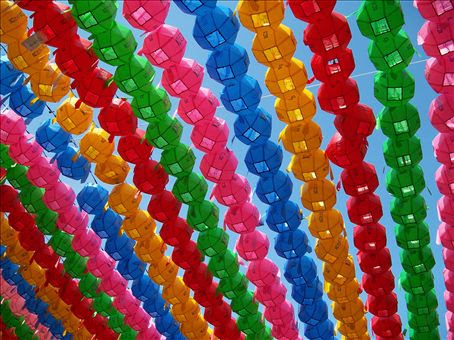 This I feel is one of the very rare posts inspired from office. :)
There have been days in office when everything seems so repulsive. Everything seems to antagonize the way I plan to take to get somewhere.

But then sometimes there are folks whose very presence gives that awesome positive aura that hey presto!! I am back.

I had a person in one of the previous firms I used to work with. Brilliance in the form of a human being - that's what he was! I used to adore his skills - be it technical or inter personal. And somehow I observed this weird pattern, the days thing would be going haywire, I would chance to meet him. Even after a chat of say a couple of minutes, I would be so enthused with positive energy, that I would be at my productive and effective best.

Similar is the case with my US counterpart now. I am simply amazed at the length and breadth of knowledge he has. If I was in his place, I wonder if I would be able to go from one day to the other.

Being an immigrant from Brasil, he has the cutest accent possible. He has this quirk of humming ta pa ri da pa ra ta pa di da dum as he is working on. During the calls, when there are moment when he has to stop by to fetch some document or grab some detail, his ubiquitous humming has all the folks on the other side of the call in splits :) And his sense of humour is a biggie feather in his cap. Working with him is such a pleasure. Its not only the dedication he demands from us by raising the bar himself, but he also has respect for our personal time, our space. That is something which is so commendable.

Yesterday I was getting news which was irking me from left right and center, and I had decided to give two hoots to work and just get home and put my feet up at the earliest possible time. But then during the evening call, just the customary status updates itself, made me feel - what the heck; why should I be postponing something which can be done today. And the only thing that made the day yesterday, was getting the job done- on time, on demand ;)

Well, I just hope I have an iota of the positive vibe these folks exude. Its sometimes one of the best gift you can unwittingly give to others. (Apart from a smile which can raise hearts )