Would you hire me?

Recently I attended a job interview.This is how it went....

Interviewer - So..run me through your career since you left education.
Cherrie - I started my career with company 1. I worked in the retail and hospitality domain for a US client. Was involved in web development and database development. Then I left company 1 to join company 2.

Interviewer - Why did you leave company 1?
Cherrie - The domain did not make much sense to me. I feel one needs to know the business to be able to code well. But I was lost with what is the difference between a condo and an apartment.

Interviewer - What is the difference between a condo and an apartment ?
Cherrie - I don't know and never understood .

Interviewer - Stupid Americans and their terms. Both are places to  live
Cherrie - Exactly. So in company 2 I was in the financial services domain and worked on a voluntary rewards application for my client . Then I left it to join company 3 for personal reasons. Then in 2010 we moved to the UK and I joined company 4.

Interviewer -Why did you move to the UK?
Cherrie -My husband came here and I followed him (thinks tongue showing smiley :P)

Interviewer - So if I asked your current employer to describe you in 3 words what would he say?
Cherrie- Hmmmmmm (for 20 seconds) well...(for 10 seconds) I think he would call me a team player.

Interviewer - Ok I give it to you, 2 more words.
Cherrie - Has good object oriented concepts and good business knowledge

Interviewer - If I asked the same question to your husband what would he say?
Cherrie - Hmmm.. (60 seconds) (Thinks What the.... Starts day dreaming about K ;)  )

Interviewer - You have to be quick.
Cherrie -  Hmmm..he calls me assertive.(Pauses for close to a minute)

Interviewer -  You have to be quick you know.
Cherrie - He calls me a good cook and also a travel agent since I research holiday plans.

Interviewer - So define how your worst day would be? A day from hell.
Cherrie - Am I in office?

Interviewer - Maybe.
Cherrie - First up I am late to work and my mild OCD kicks in and I start thinking how other things are going haywire because I am behind schedule as per my personal timescales. Then there is some network and firewall issues. I have no clue about them since I am a mere programmer but I have to coordinate with networking and security teams. I am answerable but situations are not under my control.That is the day from hell.

Interviewer - At the end of such a day how do you unwind?
Cherrie - I walk from work to home. I hear music at a volume which could turn me deaf. Thats my unwind mechanism.

Interviewer - And if it the best day?
Cherrie - I am on time :) There is an appreciation email from someone. Something I have been researching or trying starts to work. And people don't  bother me.

Interviewer - Where do  you see yourself 5 years from now ?
Cherrie - There is the idealistic plan and the realistic plan. In an ideal world I would love to do an MBA. I know friends who have done it and they are changed individuals.

Interviewer - The change is called confidence.
Cherrie - Maybe. The realistic plan is I would still be coding and hopefully knowing much more than I currently do.

Interviewer - Hm.. so  do you have any questions for me?
Cherrie - (Thinks no let me go my kid is waiting) None that I can think of now.

Some usual exchange of pleasantries and the interview ends.

So would you hire me?

Well I have an implementation over this weekend  - which means 0700-1700 @ work. Result --> A very nervous daddy who has to take care of the lil one.
At the cost of micro managing - here are my detail list of actions and recommendation out there on the wall :) 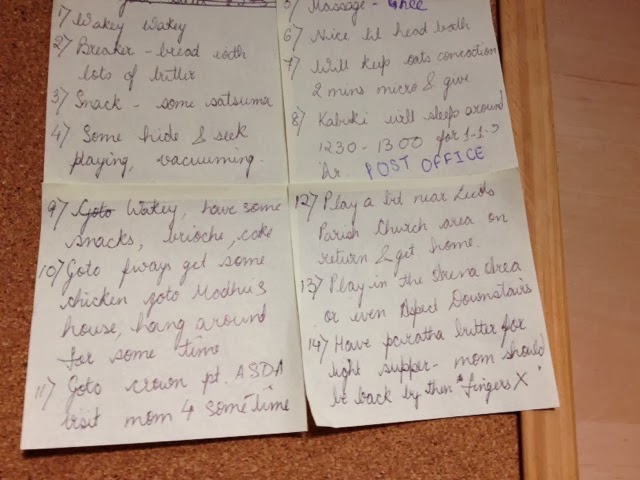 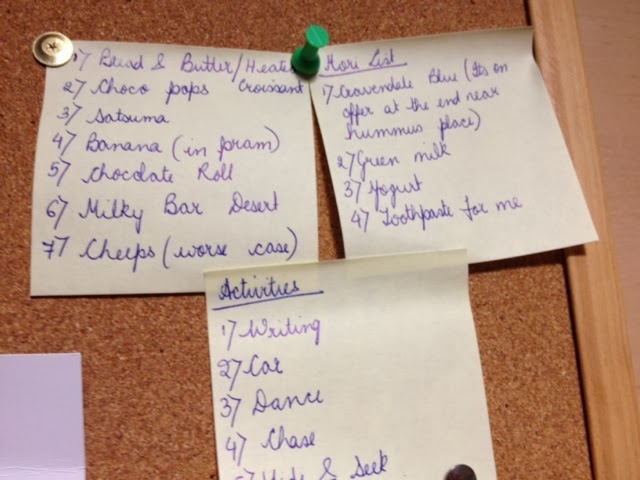