We don't do perfect

We had quite a weekend. I am still reeling from the effects and have close to 100 photos to show off. What happened? Will come to that :)
(For the first time, I shall attempt to keep a secret :P)

Friday started on a good note anticipating the arrival of a close friend of K's who is also a very dear friend of mine. We have quite a lot of shared interests and K says, he is one of the few people with whom he can converse on a plethora of topics (still) (Lately we have noted people being too held up in their own small cocoons with spouses, kids, work and what not) He was slated to reach close to mid night, but that was not a bother. Being able to catch up with someone across continents is indeed a blessing. K had planned a proper 'dude's night out' with PS3 gaming and pizza. K proposes, Chiyaa disposes (inadvertently though) She had a bad cold, and ended up searching for K a lot. So he had no other go but to pacify her. Pizza was right up their street but PS3 gaming didn't happen :(

Saturday started with some scrumptious food dished out by mil. All 'tubby-fied' we looked at the day with dazed eyes. But K just had one day with his friend. They decided to make the most of it. He went ahead on a tour of the city . Mil and I ventured out to do the weekly shopping and grab the cake. Which cake? Well that was the big surprise :) we were hosting chiyaa 's first birthday the next day.

We had given a lot of thought into the party ( me in the foot soldier role and K in the Azeemo Shaan Shehanshah one ;) ) I got the invites ready, zeroed in on the return gifts (boy that was tough) , packed them (rather horrendously - no ISO certificate for that for sure. Guys any gift wrapping tips are majorly welcome ;) ) , bought the dress for the lil one, scouted for the cake , bought it and also got it from the store-phew! Hang on I am running out of breath here. I also had the task of getting in touch with caterers and getting estimates from them. We also had to look for venues since we were unable to fix a place that served food as well . I somehow was not getting a favourable response on either fronts. By chance we happened to notice a new restaurant in town called curry leaf. It served Sri Lankan cuisine. From the moment we laid our eyes on it- we knew this was the place.

To get the insider story we decided to lunch there one day. The food was to die for and the portions were huge ! The owner was also in hand and was gung ho to host the party . We had a deal ! Attaboy!

The last couple of days from the big day I had to chase them up with the count of guests , the number of vegetarians and non vegetarians and other nitty gritties. Now the very big event was just a day away.

But would things go as per plan?

Email ThisBlogThis!Share to TwitterShare to FacebookShare to Pinterest
Labels: Chronicles of Kabuki

The closing chapters of the story have begun. The story which started an odd 52 weeks ago.

Inability to sleep made me advance my maternity leave by a week - not a big deal I could have trudged through 5 more working days - but then there are times when a single day makes all the difference. Spent a good half of my leaves re-decorating the house, and making crafty stuff. I had my bucket list of course. Then the stork came with the lil bundle of unfathomable happiness. Things were never to be the same again and how!

Till 13 days back when mil came - and things changed again!  Being able to step out of the room without straining your ears for a cry , a whimper. Read a book for close to 30 mins without a care. I have time - to do stuff, without worrying about the kid. And it seems bizzare! Sinful even. Walking without a pram - how weird? Grocery shopping with K - huh - did we do such things?

I can do whatever I want whenever I want  (nearly). Its a process of letting go - and it feels funny. The kid has taken wonderfully to her Paati (thats what Granny is called in Tamil). In 4 days time when I leave her for 7 hours, that would be a consolation. For now - these mock runs of being away from her are bitter-sweet to say the least. Having kids is truly 'having your hearts walk outside your body'. 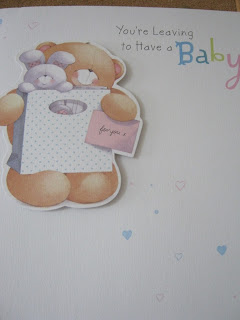 The Immortals of Meluha

First things first - I HATED the book so much that I had to write a review. Now if you loved it, this post might not be your cup of tea.
The Shiva Trilogy has been hugely popular. I had to read it. I picked the book and was aghast at the writing style! It was just so crass. It was appalling. I had to literally steel myself to endure the torture. But I had picked the book and I had to read on.
The story has Shiva and a lot of mythological characters in real environment - more literally in the times of the  Indus Valley civilization. They have been fit into the ancient times rather than being something totally mythical. He has also drawn in some current happenings like terrorism, border issues and guerrilla warfare. The story is that of Shiva coming to terms with the greater goals he is meant to achieve and his journey towards them.
I could not stress more about the pathetic writing style. The author treats the reader to have the same IQ level as his - there are instances where he has described things which put you to sleep. Case in point - his description of Shiva taking the Nataraj pose. I was at sea as to what was he going on about. It was only when he said it was the Nataraj pose I was like Ooooohhhh!!!!! Case 2 in point - Shiva was served a dish made up of steamed batter of lentils. I would stop there. But the author chooses to name it - The dish is called idli. Dude! Did anybody ask you ? Leave something to the reader's imagination.  Let him draw the conclusion. That is the whole thrill of portions of book - open to interpretation. Case 3 in point - where he describes the Trishul. Was it me or did everybody sleep off? ( I know not everyone did else the book would not be a best seller :D )
I was geared for the 202 page ordeal (there has been no other book whose number of pages I  will never ever forget :P ) Somehow by the grace of Shiva , the book picked up a semblance of pace at page 105 ( see how diligently I was marking pages) Or on second thoughts, maybe like smoking cigarette with each word I was reading a couple of brain cells where committing suicide. The path from the halfway mark was not half as bad. I had totally decided once bitten twice shy. There was no way that
That seemed abrupt right? Exactly how the book ends. Which meanssssss....... I have to torment myself with Secret of Nagas and Oath  of Vayuputra. (Or whatever the names of the next books are!) Grrrrr......
In the name of the Holy Lake (that's how Shiva swears in the book) till my dying day I will never be able to fathom how this book has grossed so much! And I will never forgive myself for following the herd and starting this book. Waaaaaaaaaaaaaa.
at February 05, 2013 7 comments:

I have never spoke about my sis eh? As in what a fashionista she is. What a hardworking Taurean she is. What a stable mature head she is. Then let me write a post.

She was always my baby . 5 years my junior I always treated her with kid gloves . Since our parents were on transferable government jobs there were lots of times the four of us would not be together. It was either child with either parent due to one exigency or other . Somehow towards my teens it so happened that we both were with dad and mom was posted in another city . Tough times :( but more about them later. I was through the major grooming years of sis for which I can say my influence on her has been pretty profound ( good or bad? The world has to judge that ) Till date there are many things that she confides only in me. Some things she listens only to me (mom uses this to get her messages through ;) ) But she is also my fashion guru. She is also a receptacle for many of my rants which I may not feel like bothering my parents with. Our bond is very special and unique. (I know it's the same for most siblings :) )

Since the past couple of years she has been working while staying with my parents. Now my parents are awesome people. They are gainfully engaged in a lot of activities. But a lot revolves around my sis too. She is the one who surprises them with cakes and bakery items on her way back from work. She is the one who coaxes mom to go out shopping with her - they may not buy anything but the general outing and having pani puri  is a good experience that mom enjoys. She converses cricket and politics with dad. She never misses any birthday or anniversary and lavishes gifts on both of them. And now, this girl, who has always been a baby for me has taken them on a trip to Bangalore and Chickmagalur. She found all the details, tour operators, hotel reviews et al , made the bookings and arranged an A1 trip for mom and dad! I was so so proud of her. She is a blessing. She gives them the most important things that any child can give - time and unconditional love.

I had written this when she had gone off to work wishing someone was with my parents. God did bring her back! She runs into the regular arguments with my parents. She does feel the need to have a bit more independence at times. She does feel bummed out if she is dragged into the plethora of family functions many a times :) But then she bounces back with all the verve. She never grudges the minor inconveniences. Even though making a move out of home might be very easy, the thought never crosses her. She lives for my parents. I am ever so grateful to her - she does my part of the duties of an offspring as well. She may be my lil sis - but she is a much bigger person.
at February 03, 2013 4 comments: